In a dynamic discussion a few weeks ago, a small group of Page and Page Up members meeting in New York City explored the challenges of engaging employees in support of the enterprise.

In this era of radical transparency and low trust in institutions, employees have a lot more impact on public perception than ever. Engaging them in building and telling the company story thus is critical to building stakeholder engagement and trust.

The discussion was off the record, so we won’t reveal names or specific examples, but the key takeaways are worth sharing.

One more thought: A lot of this listening and sharing is enabled by technology. If used thoughtfully to enable authentic human connections, digital engagement systems can be incredibly effective. All of us must remain diligent, though, about resisting the misuse of technology that has plagued the social media environment, where fake news and fake personas distort authentic dialogue between real people.

I’ve always thought it ironic that a PR agency ran the world’s largest, most comprehensive and authoritative study on public trust. I mean, aren’t the PR “flacks” the ones spinning the truth all the time? And yet it makes perfect sense.

So much of trust emanates (or withers) from how we communicate. And professional communicators stand to gain tremendously — or lose catastrophically — while helping their organizations navigate the volatility in the ‘market’ for public trust.

I really liked the video Axios produced on Edelman’s annual report. Check it out.

So robots finally surpassed humans at reading. For those of us with creative writing, English or journalism degrees, this is should be a wake up call. I clearly remember sitting thinking (in my office at IBM’s Watson research lab, no less!) “Oh well, AI is so far off for anything that has to do with writing and reading — the mind will be more art than science for decades.” Well, that was about 15 years ago, so….close?

In a vast and complex reading comprehension test, “Microsoft’s score of 82.6 and Alibaba’s grade of 82.4 beat out the human standard of 82.3. ” 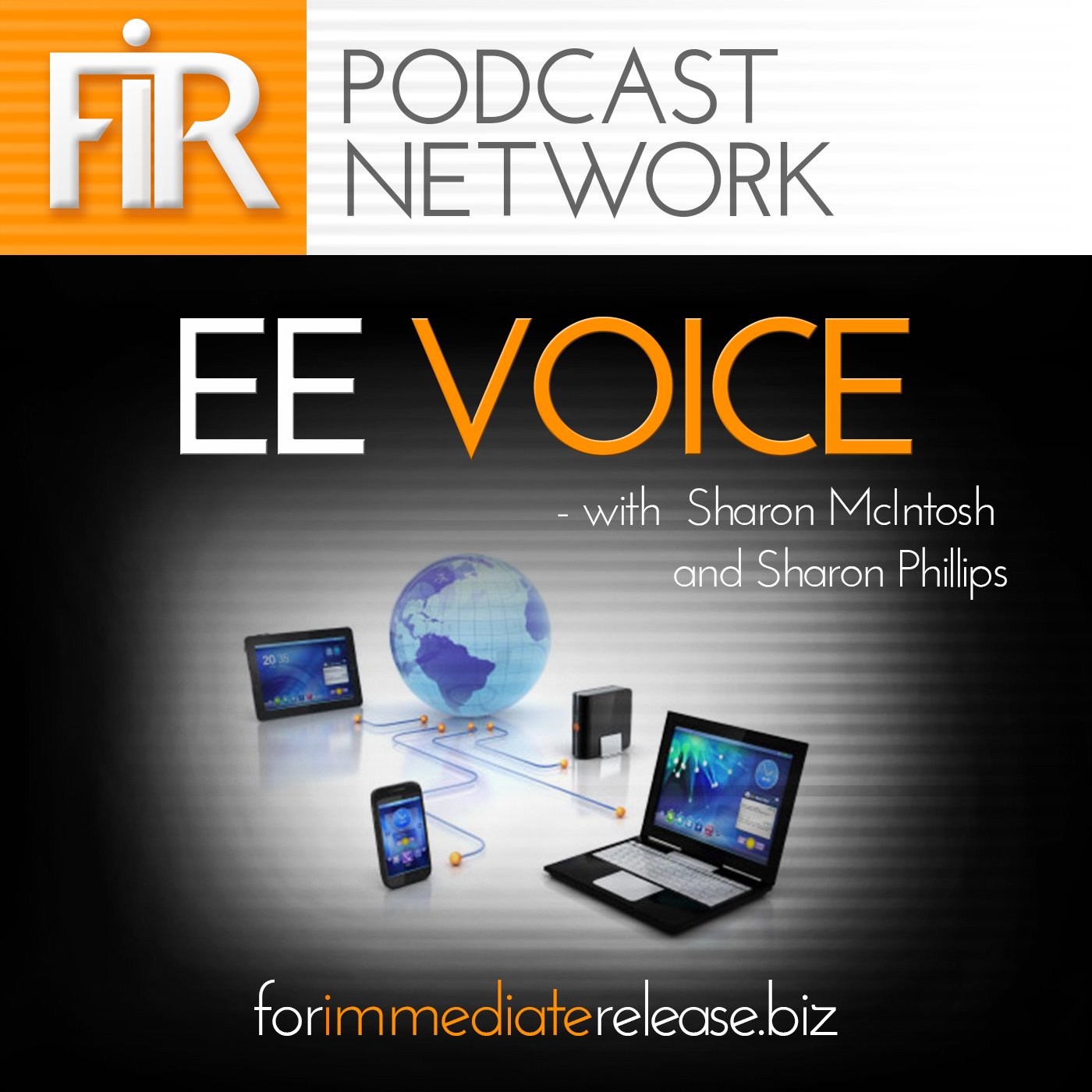 Sharon McIntosh, Sharon Phillips and I talked last week about the pressures on companies to communicate differently with employees in an era of intentionally itinerant workforces whose networks may be more powerful than those of the companies in which they work. Here’s a link to the podcast.

Ethan McCarty can freak you out, particularly if you’re an internal communications professional. For example, he recently wrote a blog entitled, “Don’t Measure Internal Communications.”

And when I heard him speak at a Poppulo conference last summer, I knew he’d be a terrific EE Voice guest. Because he’s doing some definitively measurable work as Global Head of Employee and Innovation Communications for Bloomberg. He didn’t disappoint.

Some of the arresting topics we discuss:

Internal communications vs. employee communications
How to balance transparency and integrity
The importance of measuring behaviors over awareness
The need for agility in digital transformations (and why Ethan is SCRUM-certified)
Why we might want to look at a three-month plan instead of a three-year plan
And much more.

You can follow Ethan on Twitter, @ethanmcc, and read his blog, where he writes “intermittently but with gusto” at http://www.ethanmccarty.com.

Two pieces came across my transom today — one a summary of a meeting with IBM’s Ginni Rometty and Jon Iwata, the other a post from friends at Bloomberg Beta. Both indicate to me the direction that winning companies need to take and, you guessed it, I see Communications at its core. Especially communications with and among employee populations.

The first is a post to Fortunes’ CEO blog about the necessity for  industry incumbents to get off of their disrupted tushies and make the best use of their inherent knowledge, data and the capital they’re sitting on to take advantage of emergent AI. But, “the biggest problem they face is not technology, but rather creating a culture that can embrace and adapt to technological change. As Iwata summarized their view: ‘Culture is the number one impediment… Culture moves in a linear way; technology moves exponentially.’”

But as I began to learn at IBM (under Jon’s leadership, no less) years ago — company culture is a killer app, or just a killer. Depends. Mostly on how (or whether) or manage it. And by the way, the culture extends internally, externally and across time in ways that are damn hard to address. But digital networks of employees (future and past) leave evidence of behaviors, ideas and artifacts of feelings as never before. Observable…and therefore measurable…and manageable?

(Hint: I most certainly think so.)

The second post — coauthored by Roy Bahat and James Cham — suggests that industry needs a kind of Digital Drucker. Someone with some new ideas about management informed by the capabilities of machine learning. We need fewer genius/hero CEOs and more leadership who understand how machine intelligence can propel their firms (and their increasingly loosely-coupled-recombinant-adaptive workforces) to success. These new managers will “understand how to manage models, which are the flux capacitor of making software go beyond workflows to decisions.”

So in both of these articles — ostensibly kinda sorta about technology but really more about adaptation — you have an insight about how Communications as a profession must proceed. The best communications professionals will be consiglieres to their CEOs as their firms develop products, policies, platforms and employee populations open to ‘digital’ (for lack of a better term.) If we’re looking for a ‘seat at the table,’ then our best bet will be to understand the methods of communicating with and through digitally activated populations assisted by many, many flavors of machine intelligence.

I had the pleasure of attending this year’s annual conference for Page Up in Washington D.C. this week; my fellow Operating Committee member and great friend, Stacey Bailey and I did a Facebook Live wrap up following the event. We tried to capture some of the stand-out insights and highlights of the conference, whose agenda is here and more about Page Up here.

Serendipitously, two things appeared in the news this week on the same day related to my work. The first is an article I submitted to the Institute for Public Relations a couple months ago. They’d asked me to write a few articles for them late last year; this is the second. “Don’t Measure Internal Communications“

The second is a recap from an event at which I spoke for PR Week — it is a teaser for a full-length article about my talk that will go up in the next print edition of the magazine. “Analytics in Action: Measurement with Meaning“

If you are moved to do so, please pass along the links to anyone you know who might be interested.

Well this is pretty cool…#augmentedreality #ar Tech At Bloomberg http://ow.ly/onHH30e4LoI

Required reading for HR and ecomms: How work changed to make us all passionate quitters http://ow.ly/NjHN30dXrfo via Aeon